The Comeback Wars: FIESTAR vs. EXID

( Disclaimer: Please keep in mind that I do not usually like Sexy Concepts. But considering these are two of my favorite groups, I decided to let it pass as the first issue of "The Comeback Wars"! Yay~~
This is my opinion and you are welcome to voice yours in the comments below. Please be nice ^0^
****All picture, gifs, and videos are not mine and belong to their rightful owners****

Soooo with that out of the way....... LETS GET STARTED SHALL WE?

The song instantly caught my attention with the back track and that fancy little dance they do in the beginning. And I have to admit the whole "sexy" concept has taken the Kpop world by storm and I usually don't like it. But EXID pulls it off. They are very pretty and have awesome bodies, AND THEY KNOW IT! Nothing wrong with loving your body :)

LE sounds so great! And I love how she looks a lot more feminine than in other music videos, which is GREATLY APPRECIATED. However, she did sing/rap most of the song; but I guess I'm okay with it since its LE. Hani was great as well, she is so pretty and can sing! Check out her singing in EXID's subunit, Dasoni with Solji. (She is getting it) But I have to say, the one who blew me away was Hyerin. She is my bias in the group, because she (like Baekyun from EXO); has the cutest face but a unexpectedly, powerful voice. DID YOU HEAR HER SING IN THE CHORUS? I literally mini-died and came back to life.


HOWEVER, where is Solji's part? I missed it, and even though Junghwa was right in front of my face the whole music video, in the end I completely forgot about her.Which is weird because I always noticed Solji and she for real vanished. See the thing about me is:

If I don't remember you or a certain part of the video; then you are UNMEMORABLE.

Also, I am really used to seeing EXID with their high energy songs like " I Feel Good" and their slow jams like "Every Night"(still my jam till this day) . "Every Night" was the song that got me hooked on EXID. Their voices, the perfect balance between rap and singing, LE soultry voice and Solji's powerhouse vocals; GAH~! I missed them so much.

All in all, EXID has been gone for so long that I forgot how versatile their voices are. And it is refreshing to have them back :) But I felt they could have done a lot better. And I mean A LOT. Maybe pay more attention to singing, then trying to be sexy. Also, I really was not expecting this sound as their next comeback. STILL HAVE LOVE AND RESPECT  FOR THEM THO!

Let me just say this: FIESTAR debut during the whole 2012: Year of the Rookies Era.
Keep in mind that not a lot of Rookie groups survived that fateful year.
That same year:

-EXO came out and slayed our bias' list
-B.A.P fought their way in with the big dogs
And FIESTAR survived that!

FIESTAR is really talented and is one of the best rookie groups out there.

I literally fell in love at this exact moment......

Now, I will be honest....I did not like the song at first. Of course, this song came out as a "sexy" concept and after seeing so many K-pop groups butcher it; I really was not feeling it. But, I went back and listened to it....

Gosh its so catchy, and the lyrics were actually very interesting. Talking about being in love for a while and actually being in the state of a relationship where everything is repetitive and boring. Not bad, FIESTAR, not bad.

Lets get down to the knitty gritty shall we?

Man, Jei was gorgeous as always, but in the MV, I felt that she was trying a little too hard trying to sell the whole "look at me I'm a pretty lady" vibe. Linzy, is a good vocalist and her new hair draws more attention to her. I think she actually looks better with long hair than short. But she was not memorable, which is her biggest problem. Cao Lu, is ....Cao Lu....In the MV Making video, she was obsessed with her lips.(Which actually explained a lot about her pouting so much in the MV.  Yezi. Gah~~~ her dancing is phenomenal. Go ahead and watch the live shows and the dance practice and focus only on her. She delivers every time. My wonderful bias is getting it. She is the maknae but I love how mature she looks without overdoing it.
LOOK AT THE TRANSFORMATION: 2012-2014 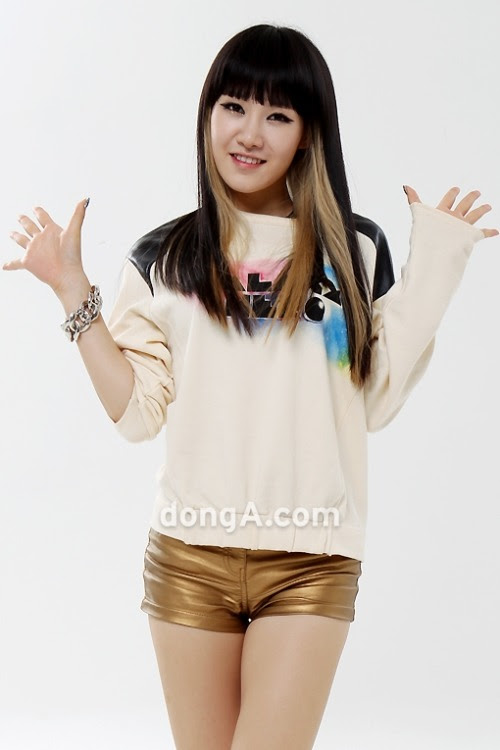 So who won "The Comeback Wars" this time around?


Did you guys agree with the winner? Did you not? Please tell me below in the comments!

Also, I will be posting "The Comeback Wars" regularly every Friday!  Unless there is no comeback to react to; then I'll get creative ;) The next issue of "The Comeback Wars" will feature Secret's Ji Eun~"Dont Stare" and Ailee's~ "Don't Touch". Coincedence?


Want more? Look at more Fiestar and EXID below :)


Sorry EXID: But you guys are still my girls!

"Up and Down" by EXID